LOOKING back at my childhood, I’ve come to realize how a large part of who I am has been influenced by my grandfather. My lolo was a very strict person and a man of few words (if you’re familiar with the cartoon strip Dennis the Menace, Mr. Wilson is my lolo). He loved simple things, and this was reflected in his choice of food.

He ate the food that he was accustomed to and that he grew up with. A Leyte native with humble roots, my lolo preferred basic Filipino — specifically Visayan — dishes. He loved seafood, so our meals usually had a tinuwa nga isda (fish soup dish). He insisted on always having a fish soup for every meal, so we even had tinuwa nga isda for breakfast.

Our house at that time was near the seashore, so fresh seafood was always available.

Every morning, our suki fish monger would drop by to show us what she was selling. At any given time, there would be fresh fish, squid, mud crabs and salted fish (tuyo in Tagalog, bulad in Bisaya). Her inventory of bulad was varied, but my lolo was particularly fond of danggit (salted rabbit fish).

We ate danggit (or any other bulad) any time we could. My lolo always said the secret to tasty fried danggit is to not overcook it, lest it becomes too bitter to eat. “Better for it to be chewy and tasty, than crispy and bitter,” he would say.

At its simplest form, fried bulad is best served with steamed rice, with native vinegar as a condiment. It can also be included in tinuwa nga isda to add more depth of flavor to the broth. And for those fond of the interplay of salty and sweet flavors, bulad is also best paired with champorado (chocolate rice porridge).

Tuyo or bulad is the quintessential Filipino comfort food. Despite its cult status, it is sad to see that this staple Filipino food is embroiled in controversy. Two weeks ago, Health Secretary Francisco Duque 3rd hit the headlines by hinting at the possibility of a “salt tax,” considering that the excessive intake of salty food (bulad included) increases the likelihood of developing non-communicable diseases.

It Is not the first time that the Philippine government has implemented polices aimed at safeguarding the health of its citizens by imposing taxes. In 2018, the Department of Finance, through the Bureau of Internal Revenue, issued Revenue Regulations 20-2018, which prescribe the imposition of the excise tax on sweetened beverages, as provided under the Tax Reform for Acceleration and Inclusion (Train) Act.

Duque’s idea has sparked widespread criticism. A majority of the members of the House of Representatives have branded the move as “anti-poor.” Labor groups are up in arms, saying the proposed measure does not take into consideration low-income earners that rely on salty food, like bulad, to augment their limited viand choices.

Thankfully, Duque has taken the hint and has done a bit of back-pedaling: he agrees that a salt tax is indeed anti-poor, but insists that the government still needs to pursue policies that would address excessive salt consumption.

I actually understand where Duque is coming from. A salt tax may be effective for other food items, like junk food (chips) that are commonly viewed as providing the least nutritional value. As for the food of my youth and the venerable go-to viand of the Filipino working class: Don’t touch my bulad. 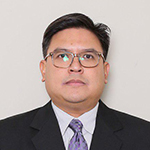 LMA Law is a team of passionate, creative and qualified advocates of law.

Shared among this team is the mastery of taxation and corporation law gained from working in top auditing and law firms in the Philippines.

New BIR Notice to the Public